Sooo April’s reading was not that diverse. I read three nonfiction books, two of which related to The Bachelor, and four books in total, three of which were written by authors named Amy and all of which were written by women whose first names started with A. Looking back at my month, those are funny little coincidences, but the lower number of reads isn’t too surprising. I had a busy month, but warmer weather always seems to help me breeze through tons of reading, so I have high hopes for May!

I’ll wolf down a World War II story like nobody’s business, but I’ve never come across one set in Italy like From Sand and Ash. Even more specifically, the book delves into how Italian Jews were affected by the Holocaust, which I’ve never heard anything about before. Growing up in Florence together, Eva and Angelo are best friends who could’ve been something more, but Angelo follows a calling to priesthood, while Eva can’t pursue a career in music thanks to wartime laws against Jews. Both become involved in guiding Jews to safety and hiding them within Catholic convents and churches, which is truly how a lot of the country’s Jews managed to make it through the war unscratched.

I’ve read way too many World War II stories set in France, so I was excited for this more unique take on the wartime experience. It lacked a little something that made me absolutely love it, but it’s a great story!

Bachelor Nation: Inside the World of America’s Favorite Guilty Pleasure, by Amy Kaufman (★★★☆☆) 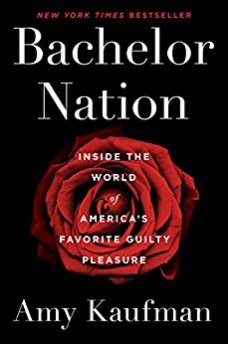 Technical note: this book probably veers a bit more into the category of 3.5 stars. At this point, I may as well call myself a professional Bachelor watcher. I follow a handful of franchise alums and commentators’ podcasts, broke my promise that Wells Adams was the only former contestant I’d ever follow on social media (Bachelor people make incredibly cute babies!), and write about the show for my job. As a result, I was definitely anticipating LA Times journalist / former Bachelor correspondent Amy Kaufman’s tell-all book about the franchise’s production and complexities. After reading the dry, disappointing Most Dramatic Ever last month, I was ready for a more scandalous look at the Bachelor series, and Bachelor Nation…sort of achieved that?

I’m naturally a seeker when it comes to information. Even as a kid, I’d obsessively read the Wikipedia or IMDB pages of my favorite movies or TV shows to find out as many “secrets” about them as possible. The same attention to detail applies to the way I consume The Bachelor and all of its incarnations, and while Bachelor Nation was definitely enjoyable and readable, nothing in it really surprised me. However, I did love the insider interviews and celebrity opinions it included, and if you’re not too in tune with the nitty-gritty of Bachelor world, I’d recommend reading this for that insight alone. 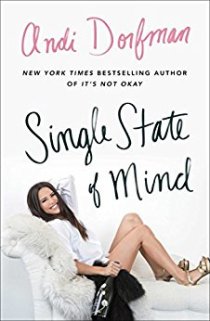 Anything Bachelor-related is my weakness, guys. I have a guilty past of reading “memoirs” written by reality stars (um, Jon and Kate Gosselin’s book, anyone? The Duggar family‘s first book?! I was obsessed). As with Andi’s first book, Single State of Mind gave me some mixed feelings about the former reality star. It tracks her post-Bachelorette breakup move to New York, which kicks off her embracing the identity of a — gasp! — single woman. Say what you like about her, but you’ll find some really relevant and well-crafted in the book, which makes the read worth it for me.

Brooklyn in Love: A Delicious Memoir of Food, Family, and Finding Yourself, by Amy Thomas (★★★★☆)

I love a good New York City memoir. Brooklyn in Love details Amy Thomas’s return to New York after living in Paris. She meets the man who will become her husband, contemplates a move to Brooklyn, and tracks these life events alongside anecdotes related to the restaurants she frequents in both Manhattan and Brooklyn. If you’re a (current, past, or aspiring) New Yorker, you’ll love Thomas’s internal pull between the two boroughs and her obvious passion for chasing down the most original eating experiences in her region. Forget Food Network shows, I could easily just read her descriptions of certain meals for my fix of food porn. She also wrote a book about her culinary experiences in Paris, which I definitely need to track down after really loving her writing in this one!

For May’s agenda, I’ve discovered and quickly fallen in love with Kristan Higgins’ Blue Heron series, while I also hope to finally read The Handmaid’s Tale so I can start the TV series.

What are you reading this month?