Dream-casting characters in books I’ve recently read has become my favorite kind of blog post to make. It’s so funny how within just a few pages of some books, an actor’s face will permanently slap across one of the characters for me. For today’s post, I picked books that I’ve read within the last two months or so, thus these “portrayals” are still very vivid in my mind!

For my previous “If These Books Were Movies” posts, check out the category’s tag!

“Shyness takes so many different forms. Some people are shy and soft. Some, shy and hard. Or in Josh’s case, shy, and wrapped in military-grade armor.”

After seeing other bloggers rave about this book, I had such high hopes for it, but it fell a little flat for me. The “romance” stories I gravitate towards are usually more books written in the style of someone like Sophie Kinsella, and they have a well-rounded narrator with an entertaining personality and plenty of fun friends and family around her. This narrator was…fine. It didn’t help that she lost her only close friend through work drama before the story started and her parents were only seen via Skype.

However, the highlight of the book was seeing Lucy chip away at the tough exterior of her work rival and eventual love interest Joshua. Joshua is a sarcastic guy who plays tough but proves to be a caring softie when Lucy grows more attracted to him. I almost instantly saw Zachary Levi as Josh. I totally fell in love with him after watching him in the live broadcast of She Loves Me last year, and his character in that musical is similar to Josh in that he loves to rile up the people he clashes with. From what I’ve seen, Zach is a genuinely charming and friendly guy, and I think he could pull off Josh’s icy exterior and his succeeding kindness.

END_OF_DOCUMENT_TOKEN_TO_BE_REPLACED

I graduated college this year, and in the past, books I read in my English classes have often appeared on my yearly favorites list (check out my picks for 2014, 2015, and 2016).  Having taken only one literature class my last semester, where I skimmed rather than read, that wasn’t the case this year. Although I ended up adoring most of the books from my college English classes (I took the majority of them with the same professor, whose reading picks I knew I usually enjoyed), I went a little lighter with my reading choices this year.

As 2017 progressed, I turned to a lot of fun chick lit to clear my mind and fast-paced historical fiction to busy it. As a result, my favorites list this year is comprised of just that. It looks quite different from past years’ lists, but more importantly, I found stories that captured me, and managed to read 52 books this year as of Dec. 22!

As always, a disclaimer: these are just books I read for the first time in 2017, not necessarily books that were published this year. 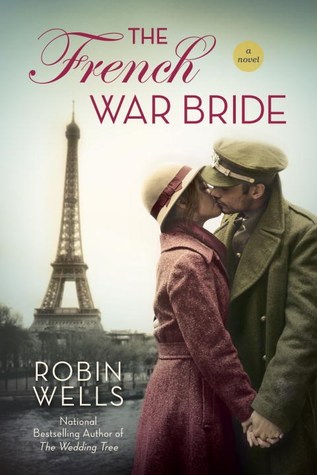 I gushed about this book here, and it remains my favorite read of the year. There are a ton of books set in France during World War II, and I’ve read a good number of them, but The French War Bride is the most captivating, comprehensive story about this pocket of time that I’ve ever read. It’s a long one, but it wouldn’t let go of me until I finished two days in, so it can speed by! If you’re treating yourself to a few lazy days after Christmas this year, pick it up from your library or ebook store!
END_OF_DOCUMENT_TOKEN_TO_BE_REPLACED

This year, I found myself flying through books but struggling to sit down and watch movies, particularly after I graduated in May. I had even more strange aversion to watching new movies, and I feel like many of the films I watched in 2017 were repeats of old favorites. I mean, I’m not the only one who just gets in the mood to binge Nora Ephron movies, right?

That being said, I definitely didn’t watch as many movies this year as I normally do. I even took a full year of film studies classes my senior year, but I managed to get away with not watching some of them in full (I know, I’m awful). If anything, I’m proud of the amount of reading I finished in 2017, and while my favorite films weren’t necessarily standouts, I always need to remind myself that it’s fine to just be indulgent with my book and movie choices and not get too wrapped up with the high-brow picks everyone’s talking about!

After checking out my favorite movies from this year, read about my favorite picks from 2014, 2015, and 2016! And just a reminder: these are films I watched for the first time this year and not necessarily ones that debuted in 2017.

I saw this so long ago that I genuinely forgot that the viewing was still this year. After seeing Manchester by the Sea, which was nothing like our usual movie picks, earlier last Christmas break with my grandma and sister, we needed to revert to our typical selections of girl-power, historical movies. Hidden Figures was the perfect solution, telling the true story of the African-American women who worked through a major chunk of calculations on NASA projects in the 1960s.

I was so blown away by the performances of the three main actresses, and I’m still shocked that Taraji P. Henson didn’t really get award recognition for her role. If you need any further proof that women played key roles in some of history’s greatest events, Hidden Figures is for you. With it being an Oscar-nominated film, I also love how it didn’t have to rely on nudity or gore to be noticed—the story as is was more than enough.

The actor who played John Glenn was also briefly a contestant on one of my favorite childhood shows, Endurance, and he grew up good.

END_OF_DOCUMENT_TOKEN_TO_BE_REPLACED

I love getting to roll out the Christmas movies and specials every year. After seeing other bloggers’ end-of-the-year book surveys, I was inspired to create my own Christmas pop culture survey focused on the TV episodes, movies, and specials associated with this time of year. If you’re compelled to try out the survey on your own blog, please feel free to do so! I’d love to see your answers, so link back to this post so I’m in the know!

1) What is your favorite Christmas TV episode?

The most memorable one for me has always been Full House‘s “A Very Tanner Christmas,” which I basically grew up watching every year. Something about the holidays in the ’90s just makes me feel so warm and fuzzy inside, no matter how cheesy the episode is. Also, watching that clip, I’m reminded of one of my favorite sitcom tropes – where do all of the guests at main characters’ house parties comes from? Suddenly they all have great friends outside of the recurring cast? These are the little details that haunt me, guys.

In recent years, I’ve loved the Season 3 Christmas special of Call the Midwife (although all of its specials are just delicious) and, being another show that does great holiday episodes, The Middle‘s “Not So Silent Night” from two years ago. While it’s not distinctly a Christmas episode, How I Met Your Mother‘s “False Positive” also gets a special shout-out.

END_OF_DOCUMENT_TOKEN_TO_BE_REPLACED

2017 was a bit of a mess politically and socially. Trump’s tirades, several terrorist attacks, and an onslaught of sexual assault allegations were just some of the difficult moments we faced on a global scale this year. Although it’s important to find a balance between caring enough for the world’s struggles and taking note of your own self care, I’ve always loved entertainment and pop culture because of the relief they provide from sad or negative things.

Despite all of its negativeness, 2017 had plenty of moments that made me happy. I wanted to share my favorite pop culture moments of the year, so get ready to go down memory lane!

Guys, this love story is a made-for-TV movie come to life! But, seriously, I’m hoping for another perfectly cheesy Lifetime flick about them a la William and Kate. Until recent months, I never knew much about Meghan Markle, but I definitely liked the sound of her and her relationship with Harry. After watching their adorable engagement interview, it’s clear that they’re truly in love and that Meghan has already begun a seamless-looking transition into royal life. Try not to smile watching that interview.