The last Dream Casting blog I did was for Into the Woods, and today I wanted to do another Dream Casting for one of those classic shows I saw so many community productions of while growing up. The Music Man probably has my favorite overall score of any show – the songs are so easy to catch onto and are fun yet beautiful.

I think a huge part of The Music Man‘s initial appeal is Robert Preston in the title role both in the original Broadway production and in the film. Any other Harold Hill, professional or amateur, seems to fail in comparison because they’re (consciously or not) trying to emulate Preston’s unique style.

This may be why Broadway revivals of The Music Man are few and far between. There was a 1980 production with Dick Van Dyke that’s considered a revival, but it lasted less than a month after its opening. The 2000 production with Rebecca Luker and Craig Bierko lasted a little over a year and a half, which is a pretty standard run for a revival, but those are huge gaps between versions. What with Carousel and My Fair Lady being revived next year, there isn’t much room for another large-scale classic from that era, but I’m hoping for a Music Man revival in the next few years! So, I lived vicariously by casting my dream company of the show.

Seth MacFarlane is often the Internet’s choice for an ideal Harold Hill because he performed a very Preston-esque rendition of “Ya Got Trouble” at BBC Proms. I have to admit, I forgive Seth for all of his gross humor (ugh, remember the Oscars?) when I hear him sing musical theater, but I really don’t see him doing a Broadway show. I think he’d be a safe revival choice if producers want to please an older generation that likes their traditional musicals. However, current Hamilton star James Monroe Iglehart said in a recent interview that he would love to play Hill if non-traditional casting was embraced, and I sort of love the idea!

END_OF_DOCUMENT_TOKEN_TO_BE_REPLACED

This post has been a long time coming since I saw the new Broadway musical Bandstand in previews back in April. Now with the show’s cast recording out, I’ve listened to a few songs recently and I think the show’s effect has finally sunk in for me. So, I’m ready to share my opinions on the show! Keep in mind that because I saw it in previews (albeit later in its preview run), there’s a possibility that some of its elements have changed since I was in the audience.

Going into the experience, I was really excited because I love the show’s World War II era. If I’m reading historical fiction, there’s like a 95% chance it’s set in the 1940s and exploring the before, after, or immediacy of the war. I also love hearing about the American homefront during the war, probably because I read so much about Europe in that time and there isn’t a huge literary focus on the States. I also adore Glenn Miller-esque music, which was a huge selling point of the show for me.

Originally produced at Paper Mill Playhouse in New Jersey, Bandstand presents a group of young WWII veterans returning home and dealing with the mental effects that the fighting has caused. Compared to now, the idea of PTSD is virtually nonexistent, and the men feel even more isolated from their homes because of such a lack of understanding these mental changes.

END_OF_DOCUMENT_TOKEN_TO_BE_REPLACED 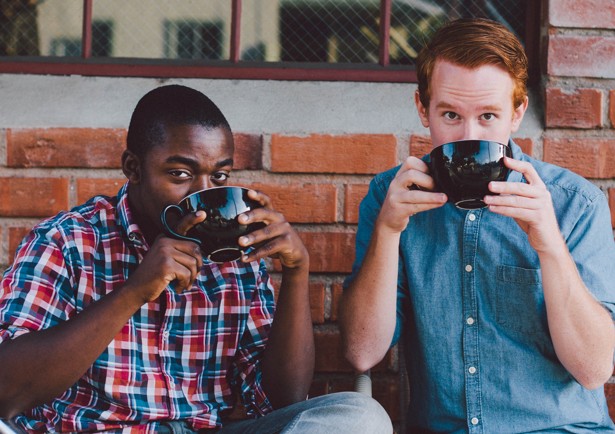 END_OF_DOCUMENT_TOKEN_TO_BE_REPLACED

Hi friends! My first post-college summer is in full swing and amidst weekly (or daily) freakouts about life, I’ve finally emerged from a rough slump where I really wasn’t in the mood to take in any kind of cultural stuff. I wanted to share some things I’ve been loving lately that have made this transition into real life a little smoother.

I read my first Jill Mansell book years ago and remember thinking it was just okay. Last month, I found myself in the mood for some of my beloved British contemporary fiction (the mood strikes whenever I’m particularly homesick for London, and what with everything going on in the UK in June, I guess it hit me hard). Having come across Mansell’s section on my library OverDrive, I downloaded one at random, Three Amazing Things About You, and quickly fell in love with Mansell’s style. It’s lighthearted, funny chick lit, but still so satisfying – I call her books the written equivalent of films like Love Actually.